This is the first time I’m writing a “Year in Review” post. In the past, I wasn’t sure about the value of me writing a post like this. However, I always liked to read similar posts by people I know. I hope there’s something in this post that is of value to you, or at least inspires you in some way or another.

All in all, I’m quite happy about how this year turned out to be. The fact that it was off to a rough start probably had some influence on that. One of my clients of 2014 was close to bankruptcy and still owed me a bunch of cash. As a result, I barely made enough money to pay my rent and living in 2014. That was a real downer, but it also had a positive effect on me. For the first time ever, I made the choice to set goals for 2015. I set an overall revenue goal, committed on launching Stage, agreed to write 20 blog posts, and made the decision to refurnish our bedroom.

I started the year focusing on Stage. It wasn’t launched to the public yet, and I was working on some new features to be able to onboard a new client. Everything got done in time and their website launched in late March. After this was done, I considered the product as “good enough” and started working on the marketing website. It took a while, but I was able to achieve my goal and launch it in June.

In preparation for the launch, I also started sending emails to my launch list. It was a nice learning experience and a first for me. I also set up an email course about building band websites.

A few weeks after the launch, Stage got posted on Product Hunt. It did quite well, and I got a bunch of traffic to its website. Unfortunately, none of this had any effect. I haven’t gotten a single signup since the launch of Stage.

I did some experiments with advertising on Facebook. That got me a few signups on the email course, but none of them converted to signups for the actual product.

If I didn’t have paying customers, I’d consider the product a total failure. For now, I’m assuming that I wasn’t able to reach the target audience with the approaches I tried. As a result, I’ll try some direct sales approaches in 2016. We’ll see how that goes…

As I mentioned before, the consulting business was off to a rough start this year. Luckily, my client avoided bankruptcy and was able to pay me in February. Still, it wasn’t a great experience. Amazingly enough, something similar happened a few months later. I didn’t get paid for months, because of a delayed investment. Eventually, the client got their investment and has been able to pay on time since.

During the time I was waiting to get paid, the taxes for both 2013 and 2014, as well as the tax deposits for 2015 were due. That cut a huge hole into my savings account. Luckily, I had known this day would come eventually. I had set aside enough to pay the taxes and still be able to pay my rent while waiting for my invoices to get paid.

Against all odds, I hit my revenue goal for this year. I was able to make enough money to end this year with a profit.

I’m co-hosting a (German) podcast together with my friend Christoph Engelhardt. It’s called Nebenberuf Startup, and we’re mostly talking about building a software related product business on the side. It started in early 2014 as a result of our bi-weekly mastermind-y calls. We still joke about it being our very own group therapy session. Nonetheless, it became quite successful in 2015. We recorded our 50th episode just a few weeks back, grew an online community of more than 50 people around it, and interviewed some amazing people.

(If you’re into Year in Review posts, check out Christoph’s over here…)

Once again, I was involved in the Rails Girls Frankfurt event that took place in autumn. This time not just as a coach, but also as a part of the organizing team. The event was a success, and it was great to meet so many inspiring people.

I also joined the Rails Girls Summer of Code as a supervisor and coach again. While I’ve been a supervisor in the previous two years, this year was an even better experience. It was awesome to work with so many people on making the world a little bit better.

I only visited one conference in 2015: MicroConf Europe. Once again, it was an amazing experience. I was stoked to meet some of my online friends, talk to inspiring people and learn a thing or two during the talks.

The personal side of things

Okay, I’ll admit it right away: I failed to accomplish my goal to refurnish the bedroom. While my girlfriend and I did some planning, we never found the time to actually pull it off.

At least we found the time to spend a beautiful weekend in Bremen, as well as some amazing 2,5 weeks in sunny Spain. It was lovely to just relax in the sun for a while.

Having goals for 2015 helped a lot to stay focused and not get distracted by too many things. It sometimes made it easier to come to a decision, because I was able to judge things about their effect on my goals.

In 2016, want to increase my overall revenue by about 30%. In theory, I could accomplish that by just doing consulting the entire year. However, that would probably have a negative effect on my other goals.

As I mentioned above, Stage did not grow at all this year. Yes, I onboarded a new client and increased the MRR this way, I already had their commitment in 2014. When it comes to Stage, my primary focus for 2016 will be on growing both revenue and the number of customers.

Throughout the year, I had several discussions with fellow consultants about productized offerings. I have some ideas in mind, that I’d want to try in 2016. My goal is to have at least one productized consulting offer launched to the public and making some money.

As always, the year had its ups and downs. In the end, I’d consider it one of my most successful years so far. Let’s hope 2016 exceeds it!

If you made it this far, I hope you got some value out of this post. All that remains is wishing you a very Happy New Year 2016! 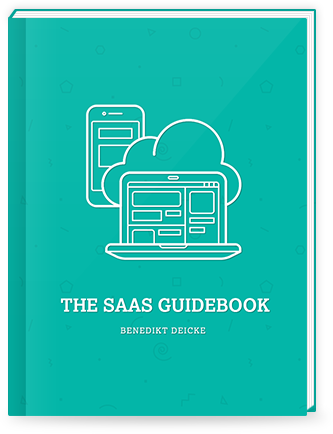